We’ve talked about how expensive dental school has become before. Recently a student asked a group of dentists online how he should plan to manage a 500k student loan…500k to become a general dentist is ridiculous.

Dentistry is a weird profession, and one of the few where our earning potential typically decreases the closer we are to a major metro.

This comes as a surprise to many young graduates, who may not have moved forward with dental school if they had known that in order to pay back their loans theyâ€™d have to uproot their families and move to a place that they have no connection to.

If there was a full time job that paid 700k a year, most people would be interested. Until we told them they have to move to the North Pole for a decade. Thatâ€™s because humans like other humans. More importantly, we often place immense value on the relationships weâ€™ve already made – friends, family, spouses, children etc. and would like to stay at least within a reasonable commute to those we care about.

Dental schools arenâ€™t honest about this trend – maybe they should be; maybe they shouldnâ€™t be. I have a feeling that if aspiring dental students were told that it’s unrealistic to expect to pay back your student loans near the city they or their spouses grew up in, they’d pass on the opportunity to become a dentist and do something else.

As an aside – those who are capable of paying back 500k in student loans as a GP are extremely hard working and motivated individuals. These people don’t find success because of dentistry, they find success despite it and would likely be just as successful in many careers with a lower cost of entry.

Starbucks and Your Dental Office 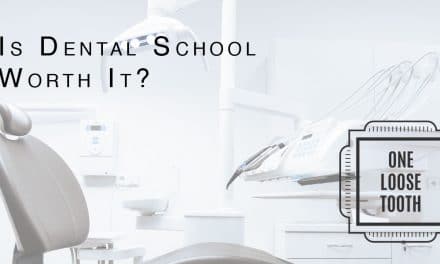 Should You Become a Dentist?